The wonder of the fresh hop: How Washington’s special autumn beer gets made 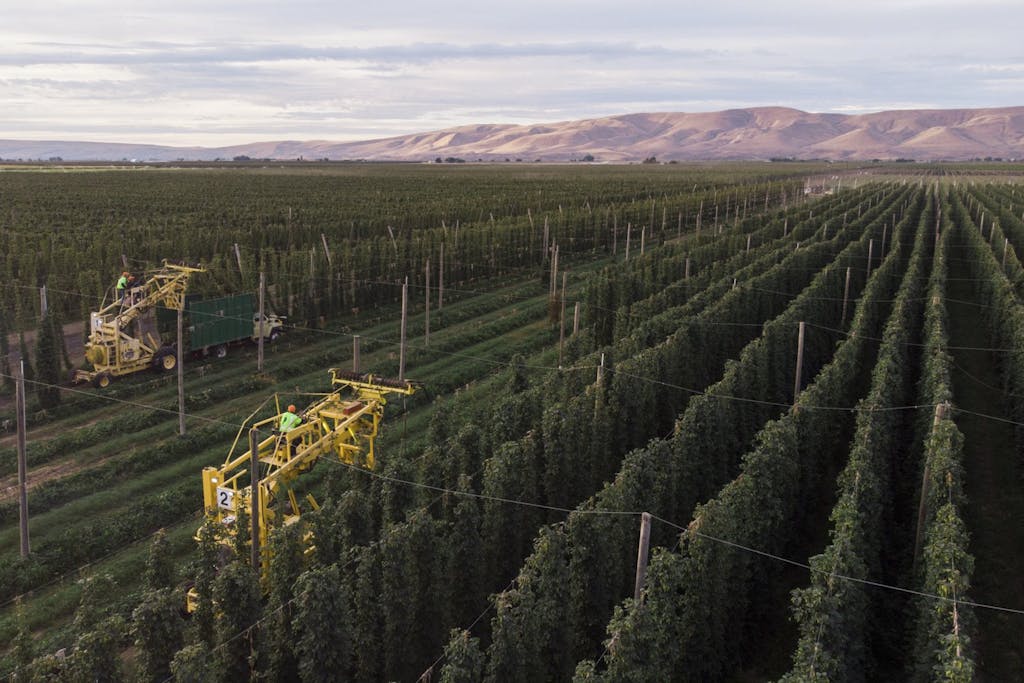 From field to brewery

Brewing this crop in its natural state is a race against time. Once plucked from the volcanic soil, these conical flowers will start to die.  Brewers have seen their hops decompose while being stuck in Labor Day traffic or because their van’s air-conditioning couldn’t cool the cones from the valley heat. It can be a heartbreaking beer to try to make.

Many brewers aim to get the hops into the kettle within four hours of harvesting. Others refrigerate them for later use, though the resulting beer won’t taste as “fresh.”

With his mountain-man beard and a parenthesis of a shaggy mane, Luke is a rising star when it comes to hoppy beers. His fresh hops have medaled at the prestigious World Beer Cup in Nashville and at Yakima’s Fresh Hop Ale Festival.

To get to that level, a brewer has to orchestrate a complex process.