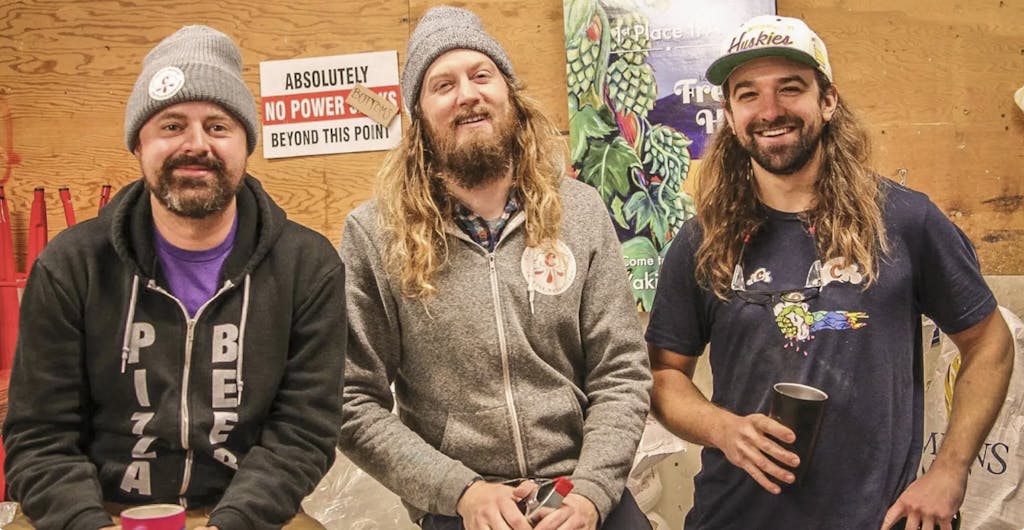 Brewing on used equipment and playing around with new techniques, hops, or other ingredients, Cloudburst Brewing is turning out a spectrum of beers that are remembered for their bold names and the causes they support.

Steve Luke is pouring stouts in a colorful, industrial tasting room just a couple of block’s north of the iconic Pike Place Market in Seattle, Washington. He’s sporting a warm beanie over his long blonde hair and a zip-up hoodie with a rainbow patch sewn on to it. Luke is the kind of guy who marches to his own beat, which—if not apparent from his funky brewery space and eclectic attire—becomes obvious when you get to know the beer at his Belltown neighborhood brewery, Cloudburst Brewing.

“This is the Dumpster Fire smoked oatmeal stout,” he proclaims. “We use two different types of smoked malt for this beer, cherry wood–smoked and a little bit of peated malt. It’s pretty mild, and it finishes fairly fruity. We didn’t want to overpower with smoke.”

Smoked beers don’t really sell well, Luke says, but he thought it would be fun to brew the style anyway. “It’s one of those labors of love,” he says.